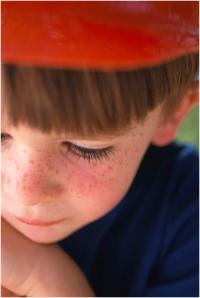 We all know that chronic stress, certain drugs or lifestyle habits as well as presence of the bacterium Helicobacter pylori (aka H. pylori) all increase the risk of developing ulcers. But now researchers from the University of Toronto have discovered something new- Victims of childhood physical abuse are more than twice as likely to develop ulcers than people who were not abused as children.

“We found a strong and significant association between individuals who were abused during childhood and those who were diagnosed with peptic ulcers later in life,” says Esme Fuller Thomson, Professor and Sandra Rotman Chair at U of T’s Factor-Inwentash Faculty of Social Work. Even after adjusting for known risk factors such as stress, obesity, smoking or alcohol abuse, those who had been physically abused in childhood had 68% higher odds of peptic ulcers than their non-abused peers.