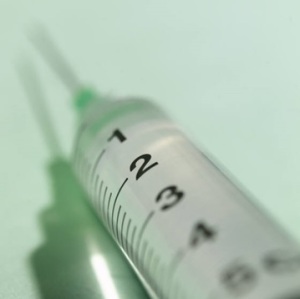 Narcolepsy is a chronic sleep disorder that causes excessive sleepiness and frequent daytime sleep attacks. In 2009, the H1N1 swine flu triggered the development of new vaccines, which were speedily introduced and given to many at the height of the pandemic. In 2010, researchers from Sweden and Finland reported a link between narcolepsy and a H1N1 flu vaccine named Pandemrix, which was manufactured by GlaxoSmithKline and used in 47 countries.

By 2013, 800 children with narcolepsy have been linked to vaccination against the H1N1 flu across Europe. Doctors are also reporting more cases popping up in adults. The Scandinavian studies were supported by research from France, Norway, Ireland and the UK with some scientists reporting a 7- to 13-times higher risk of narcolepsy after vaccination. In Canada, a few cases of narcolepsy developed after vaccination with Arepanrix.

Dr. Emmanuel Mignot, one of the world’s leading experts on narcolepsy and director of the Stanford Center for Sleep Sciences and Medicine, began collecting blood samples from children worldwide and reviewing cases following the H1N1 pandemic. He discovered that in China, there was a threefold increase in the sleep disorder, with the majority of cases being children.

Dr. Mignot believes that in some cases, the H1N1 virus itself triggered the immune system to destroy hypocretin cells in the brain that run the sleep-wake cycle. A vaccine containing a potent adjuvant to boost the immune response, as in the case of Pandemrix, may have made children with a genetic predisposition to the disorder more susceptible to developing narcolepsy.

Vaccines can save lives. If you are concerned about the side effects of vaccinations, discuss with your naturopathic doctor how to better prepare your body to deal with them.