Mobile phones and our health: Should we be concerned?

We hardly remember how life was before it existed. It’s with us all the time. We sit, stand, walk, drive and sometimes even use the bathroom with it to our ear (shh!). When it’s not at our ear, it’s in a purse or pocket, or charging on the nightstand near our pillow. Sure, we’ve all heard rumours over the years: “Mobile phone use increases cancer risk…” or “Cell phone use may lead to sperm damage…” But come on, is there any CONCLUSIVE evidence out there?

Top Australian neurosurgeon Dr. Vini Khurana analyzed more than 100 studies and definitively concluded that using mobile phones for more than 10 years could double the risk of brain cancer. In 2008, Dr. Ronald B. Herberman, a prominent cancer doctor and the director of the University of Pittsburgh Cancer Institute wrote a memo to the hospital’s 3000 faculty and staff urging them to take precautions when using their mobile phones.

Well, how about the studies that say that harmful effects of mobile use are “inconclusive”? Dr. Herberman replies: “In summary, my review of the literature suggests that most studies claiming that there is no link between cell phones and brain tumors are outdated, had methodological concerns, and did not include sufficient numbers of long-term cell phone users to find an effect, since most of these negative studies primarily examined people with only a few years of phone use and did not inquire about cordless phone use.”

Why are some health experts concerned? 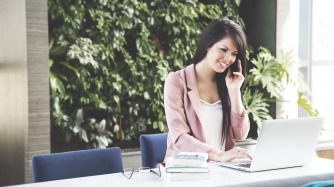 When the mobile phone is on, electromagnetic radiation is generated. Cells in the body react to radiation, which potentially results in DNA damage which in turn leads to cancer and other diseases. Though this radiation is strongest when you are using your mobile, it is still emitted when you aren’t using your phone. As long as it is on and can receive calls, radiation is being emitted.

In Canada, Toronto’s Department of Public Health advises teenagers and young children to limit their use of cell phones, to avoid potential health risks. In 2009, French Secretary of State for Ecology Chantal Jouanno banned use of mobile phones in French primary schools after research linked their use to brain cancer. Children are still growing and have thinner skulls and scalps, so radiation exposure could affect them more than adults.

What precautions can we take?

Let’s face it. There’s a fat chance we’ll abandon our mobiles after reading this. But it doesn’t hurt to take precautions. As suggested by Dr. Herberman, here are some ways to limit exposure to electromagnetic radiation emitted by mobile phones:

1. Do not allow children to use mobile phones, except in emergencies.
2. Whenever possible, use the speaker-phone mode or a wireless Bluetooth set.
3. Avoid carrying your mobile phone on your body at all times.
4. Only use your mobile phone to establish contact or for conversations lasting a few minutes, as the biological effects are directly related to the duration of exposure.
5. Switch sides regularly while communicating on your mobile phone to spread out your exposure. Before putting your phone to the ear, wait until your correspondent has picked up. This limits the power of the electromagnetic field emitted near your ear and the duration of your exposure.
6. Avoid using your mobile phone when the signal is weak or when moving at high speed, such as in a car or train, as this automatically increases power to a maximum as the phone repeatedly attempts to connect to a new relay antenna.
7. When possible, communicate via text messaging rather than making a call, limiting the duration of exposure and the proximity to the body.
8. Choose a device with the lowest SAR possible (SAR = Specific Absorption Rate, which is a measure of the strength of the magnetic field absorbed by the body). SAR ratings of contemporary phones by different manufacturers can be found by searching for “sar ratings cell phones” or “sar ratings mobile phones” on the internet.