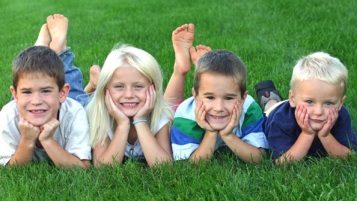 Happiness may actually start in childhood. British researchers from the University of Cambridge (UK) report an association between a positive childhood and well-being in adulthood.

In the study, a “positive” childhood was based on teacher evaluations of students’ levels of happiness, friendship and energy at ages 13 and 15. The researchers then linked these ratings to the individuals’ mental health, work experience, relationships, and social activities several decades later. Teenagers who were rated positively by their teachers were significantly more likely to have higher levels of well-being later in life compared to those with no positive ratings. Well-being in the study was defined by a higher work satisfaction, more frequent contact with family and friends, and more regular engagement in social and leisure activities. Happy children were also much less likely to develop mental disorders throughout their lives. The team concludes, “Childhood well-being predicts positive adult well-being, and not merely the absence of mental ill-health.”