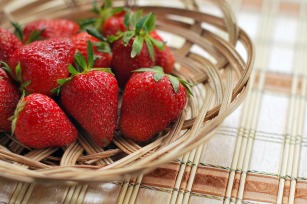 Yesterday, the Environmental Working Group (EWG) released 2017’s Dirty Dozen™ list, which is comprised of fruits and vegetables most contaminated with pesticides. Strawberries are at the top of the list, with spinach at second place in the annual ranking of conventionally grown produce with the most pesticide residues. In the analysis, a single sample of strawberries showed 20 different pesticides. Spinach, on average, had twice as much pesticide residue by weight than any other crop. 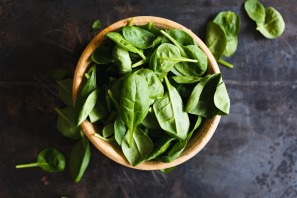 The EWG’s analysis of tests by the U.S. Department of Agriculture (USDA) found that nearly 70% of samples of 48 types of conventionally grown produce were contaminated with pesticide residues. A total of 178 different pesticides and pesticide breakdown products were on the thousands of produce samples it analyzed. The pesticides persisted on fruits and vegetables even when they were washed and, in some cases, peeled.

Pesticide exposure has been linked to childhood cancer, brain disorders such as ADHD/ autism/ dyslexia, and infertility. The pesticide industry and chemical agriculture insist that pesticides on produce are nothing to worry about, but doctors and scientists strongly disagree.

Dr. Philippe Grandjean, adjunct professor of environmental health at Harvard and lead author of a 2014 study linking synthetic chemicals and brain disorders, is concerned because even ordinary (undiagnosed) children are often affected. “The greatest concern is the large numbers of children who are affected by toxic damage to brain development in the absence of a formal diagnosis… They suffer reduced attention span, delayed development, and poor school performance. Industrial chemicals are now emerging as likely causes.”

WHAT SHOULD I DO?

Here are some practical tips to help you make smart choices for you and your family: 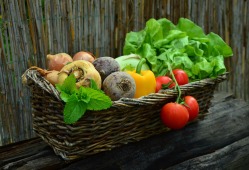 Fruits and vegetables are an important part of our diet. They contain numerous vitamins, minerals and plant chemicals that keep us healthy. A diet high in fruits and vegetables can help protect against cancer, diabetes, heart disease and premature death. But you need to avoid buying foods contaminated with pesticides. Start making smart consumer choices today.

One thought on “2017’s “Dirty Dozen”: Strawberries, spinach most contaminated with pesticides”